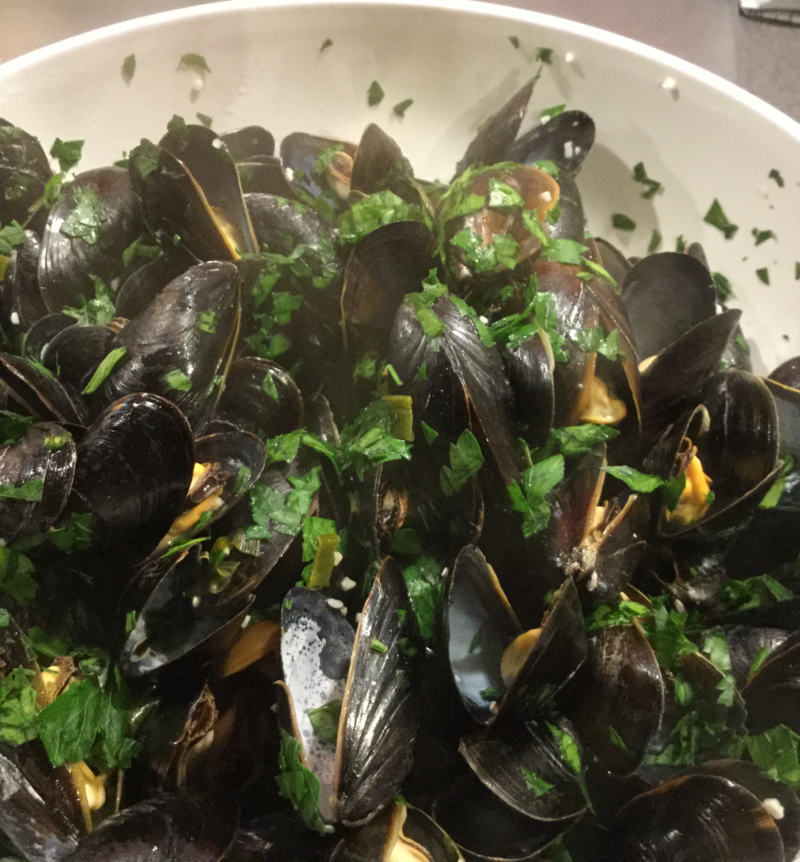 When my son was struggling with some meat allergies a few years ago, I got him to start trying different seafood. Obviously we tried a lot of different types of fish but I also experimented with shellfish. Two of the shellfish that he really liked were steamed oysters and steamed mussels. Both can be found at many restaurants, and a few places like Brassiere du Solei, Bonefish Grill, and Floriana’s serve them with a nice buttery broth. I decided it was high time I tried to cook mussels at home.

I went to a seafood wholesale store and looked for mussels. The customer service person behind the counter said that they had literally come in that morning. I bought one bag not sure if it was enough for two people. I believe it had close to 40 mussels in it. Turns out that was plenty. 🙂

The mussels were in a mesh bag, but put them inside a plastic bag so they would not drip. However, they cautioned me not to seal the bag. Like many shellfish, you need them to be alive when they start cooking them. If you seal the plastic bag then you suffocate the  mussels and that’s no good.  Once I got home I put them in a large bowl with a little bit of water and put them in the refrigerator until I cooked them a few hours later.

Now that I had the fresh mussels I had to find a good recipe. Our favorite restaurants that served really good mussels had a variation on a wine butter sauce, so I decided I better try to mimic them and do the same thing.

I found a recipe that was based on white wine and butter and added a few other spices. The cool thing that I didn’t realize until I started reading the recipes is that the broth that you cook the mussels in has no added water. It is literally just butter, wine, spices, and mussels. That is why the broth is so yummy at the restaurants and why we take bread and dip in the broth after the mussels are gone.

Before you start cooking the mussels you have to sort through them. You want the mussels still alive which means their shell should still be tightly closed. If the shell has already opened then the mussel died and you have to throw it out. Out of the 40 mussels, I found three that were clearly open and three others that were borderline where the shell was starting to open a bit. Since this was the first time cooking I went ahead and threw all six out and cooked the rest.

The recipe starts with melting butter in a pan and saute finely chopped onions.

Once the onions were cooked and starting to look translucent, pour in the wine and let it heat for about 30 seconds. The drop in the mussels, put a lid on the pan, raise the heat to high so that it starts boiling and the broth will then steam the mussels. It only takes 4-5 minutes to steam them. DO NOT OVERCOOK.

The mussels will open up their shells when they’re done. With the lid on the pan I didn’t want to check them prematurely and lose some of the steam, so I gave them 4 minutes before checking. At 4 minutes they were all opened up so I pulled them off before they would overcook. I then put them in a serving bowl along with all the yummy broth and sprinkled fresh chopped parsley on top. I served them with a loaf of French bread warmed up in the oven to dip the sauce. 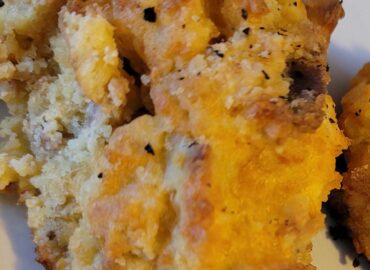 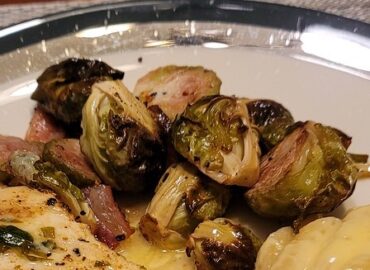 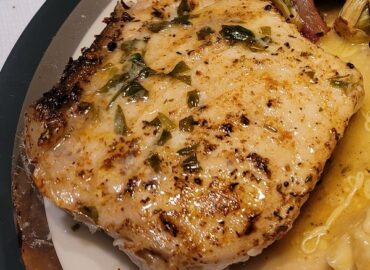