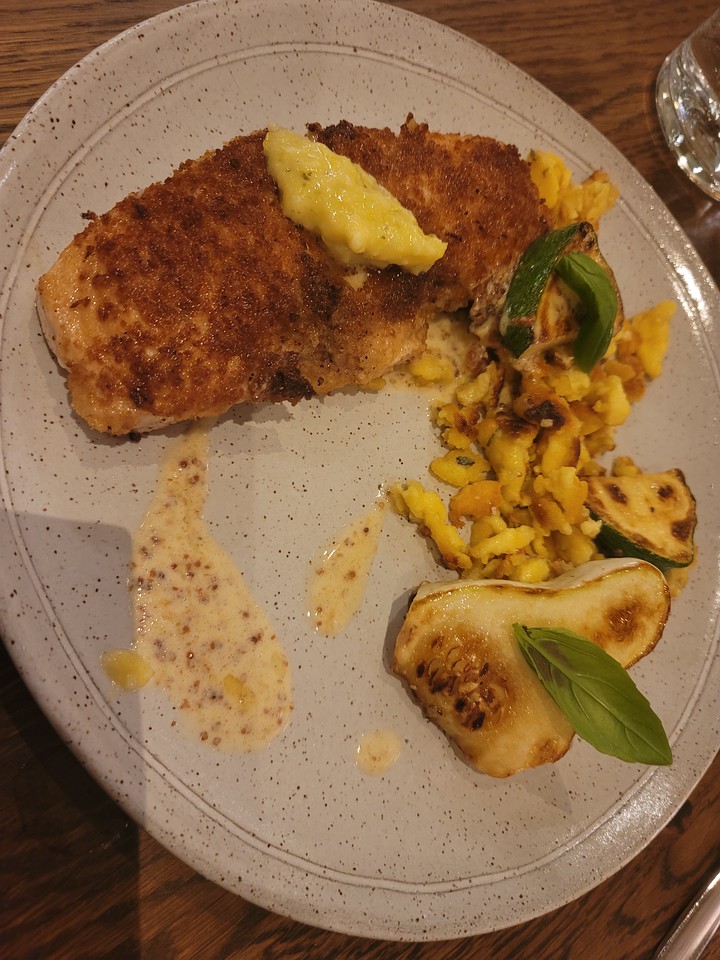 Located at the busy corner of Market and Front Streets, Seabird is a fairly new restaurant that is a sorely needed addition to Downtown. I have always wondered why, despite the fact that Wilmington is located on both the ocean and the Cape Fear River, the seafood restaurants in Wilmington are both few in number and average quality at best. There are a few exceptions (Cape Fear Seafood, Hieronymus, Boca Bay, Coquina Fishbar), and Seabird is now on that list of seafood places in ILM that you must try.

Reservations on Open Table have been hard to get, and I was looking at other restaurants, but I found a time slot and grabbed it on a Wednesday night. Previously, there were two sketchy bars on the first floor of this building, one was called The River Rat. Seabird has completely renovated the location and changed the mood of that location. An open dining room with a separate bar by the entrance make for a great dining atmosphere. I was seated within 1-2 minutes of arriving on time for my reservation.

I started with raw oysters. Historically, you are supposed to eat oysters in colder weather, as the old adage says: eat oysters only in months containing the letter “R”. However, a big part of where that adage came from was around refrigeration needed in warmer months, and refrigeration has certainly improved over time. Additionally, it is true that grown in the wild oysters breed during warm months, which makes them more mushy and less flavorful. However, oyster farms grown in colder water help with year around flavor, so while the perfect time to eat oysters is the winter, year around oysters that actually are safe and taste good IS definitely a thing now.

Seabird had oysters from three local sources including the Topsail Beach area. One of them was a bit salty, but all three were good. The oysters came with three optional toppings: a homemade tomato based sambal sauce, a vinegar based mignonette sauce, and fresh horseradish. I consider a mignonette sauce a requirement at a good oyster restaurant. A heavy tomato sauce loaded with horseradish overpowers the oyster. Seabirds sambal was definitely better than what you would get a a chain restaurant, but still not needed. The mignonette sauce was the perfect complement to the fresh oysters. The two that were very salty I added a touch of horseradish; the other 4 I only used lemon juice and mignonette sauce. The crackers were a nice touch, although not needed to enjoy the oysters.

Next, I tried a smaller plate called their catfish and oyster pie. The waiter described it as an improvement on a traditional chicken pot pie. The light pastry was only on the top; underneath was essentially a stew of catfish bites, oysters, and creamy cheesy goodness. I would have been happy with a giant bowl of this “pastry” as an entree. Delicious, and the pastry was light enough to not overpower the rest of the dish.

For my entree, I tried their swordfish schnitzel. I was intrigued by the idea of mixing german with seafood. A bit of mustard sauce, light battering of the swordfish similar to pork or veal schnitzel, and a grilled summer squash to go along side. A lighter fish would have been overpowered by the coating, but the swordfish paired well with schnitzel.

A made it this far; might as well go for dessert right? They had a handful of desserts; I oped for the warm brownie trifle sunday. The waiter described it as the richest dessert, but I found it to be well balanced. It was also a proper smaller size dessert. Chain restaurants that serve giant desserts that have 2000 calories in them are definitely going for quantity of quality; Seabird took the right approach and server a smaller size dessert that wowed you with taste instead of size. The brownie “bites” were mixed with a light banana cream (it was definitely cream thickness, not custard or pudding thickness), which contributed to the balance. Add in a few candied pecans and a couple slices of banana, and perfection is achieved 🙂

This was a week night, and I typically don’t drink a lot during the week. I did try their Hummingbird cocktail, which is their spin on a Hemingway with local End of Days rum. It was a bit sweet for my taste, but still a good cocktail.

Ya’ll know I have a preference for cocktails these days, but they do have a good wine list for the wine drinkers.

The service was fantastic, with both my primary waiter and other staff taking very good care of me. I finished dessert with a glass of kombucha from local Panacea Brewing company.

For the future, they do have a “Seafood Tower” on the menu. This tower has zero fried seafood; all is steamed or raw, and it looked fun. I’ll save that for a larger group. They also have a center bar right outside the kitchen that they indicated would be used in the future for eating a special “chef’s dinner” for groups up to 8 people.

Service, food quality, atmosphere, the total package. If you are in Wilmington, you need to try this restaurant; just book reservations ahead of time 🙂 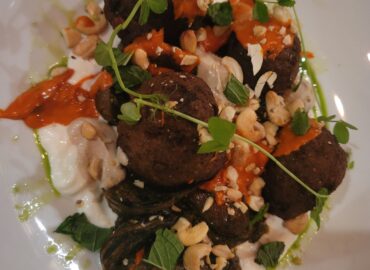 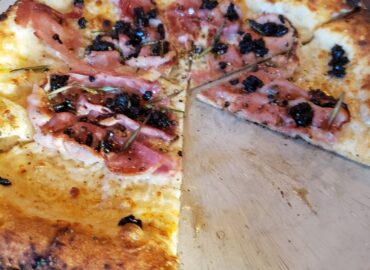